Ok so this is my opportunity to let off steam! Running this crowdfunding campaign has been a challenge in my resources of positivity and confidence but has also taught me a few things. Especially the importance and motivational force of gratitude.

I’m not going to talk about the benefits of the project or why we need to raise this money for the benefit of our community. Thats all here in the project page. https://www.crowdfunder.co.uk/black-grove-greens-community-volunteering

So in the spirit of the ‘attitude of gratitude’. First I need to say a massive Thankyou to the 68 friends, family, volunteers, customer, strangers and anonymous generous souls who have supported the campaign. We have raised over £3,400 plus about £400 gift aid which is 34% of the total aim.

The highlight of my week for the last month has been to write shout outs to people on social media. I love the way their names roll on my tongue familiar and unfamiliar. When myself and the other directors (Dan, Barney and Lou by Zoom) managed to get together for a long overdue AGM on the farm last week, we sat around the campfire to plan our priorities for the next quarter and followed this very heady work with a shout out round the campfire of all these names accompanied by our sincere thanks and best wishes for their lives. The energy moves from the head to the heart, we are smiling, feeling held and feeling hopeful. Its the community that motivates me to do something which is actually my worst nightmare…!

Just the set up of a crowdfunding project is monumental, you need to make a video. Thankfully, we have some techie volunteers and directors, you need to make the project page attractive with photos and a ‘story’. I had at least three re-writes here. You need to think carefully about what rewards you can offer and be creative. You need to prove your identification and legitimacy of the social enterprise, as with other grant fundraising.

It was when Hanna, my coach, started priming me for the first weekend. ‘Its very important to get 10% of your target in the first few days’ She said and then used the fearsome empty restaurant analogy. ‘If you walk past an empty restaurant, its not very inviting is it? you’d rather eat in a popular restaurant’. Gah…that whole weekend I was imaging this campaign as a sad and lonely and pathetic empty restaurant. I awoke at 3am, imagining people scrolling past the shop window ‘project page’ and swiping left. Discarded.

Her tips were those you’d expect to hear from the mouth of a ‘Chugga’…. ‘The personal touch really helps, don’t hesitate to pick up the phone to your friends and family’. Ergh…’Hi Aunty Mary, how are you? how has your life been devastated by the pandemic? Can I tell you about my project and ask you for money?’. I’m not sure about your personal family culture dear reader, but in mine this would be grounds for being strung up!  it feels so wrong, so selfish, so self obsessed, so insensitive and like I would be using people. It turned out that I only needed to let people know on my various Whatsapp groups, our volunteer group and the Facebook page to get to that hallowed 10%. It turns out that my Irish cultural values come with the benefits of a bunch of people with similar DNA, who just want to raise you up and feel that your success is theirs. They also know this is a culmination of my meandering, misspent, well-meaning life! Also the generosity of people who already know about the project and their desire to carry it on in 2021 pushed up our total.

When I explained to Hanna that she was describing my worst nightmare, she said that she understood, ‘if it wasn’t for these pandemic regulations, we would be free to knock on peoples’ doors!” Imagine? The shame!

So I had to find a mindset for doing this which fit with my values. I needed to see it as a a space I would open in my life for receiving. In this case money. I’m creating an opportunity for people to give to a project they believe in and to feel good about that. They get a chance to have a tree planted, organic veg grown or give an ethical gift which they may not have had otherwise.

We also had to see it as an awareness raising activity. Its about getting the word out, now we have set up another Facebook page and Instagram account and connected with local businesses, been on  a local podcast, made contact with East Herts council and other local volunteering organisations. 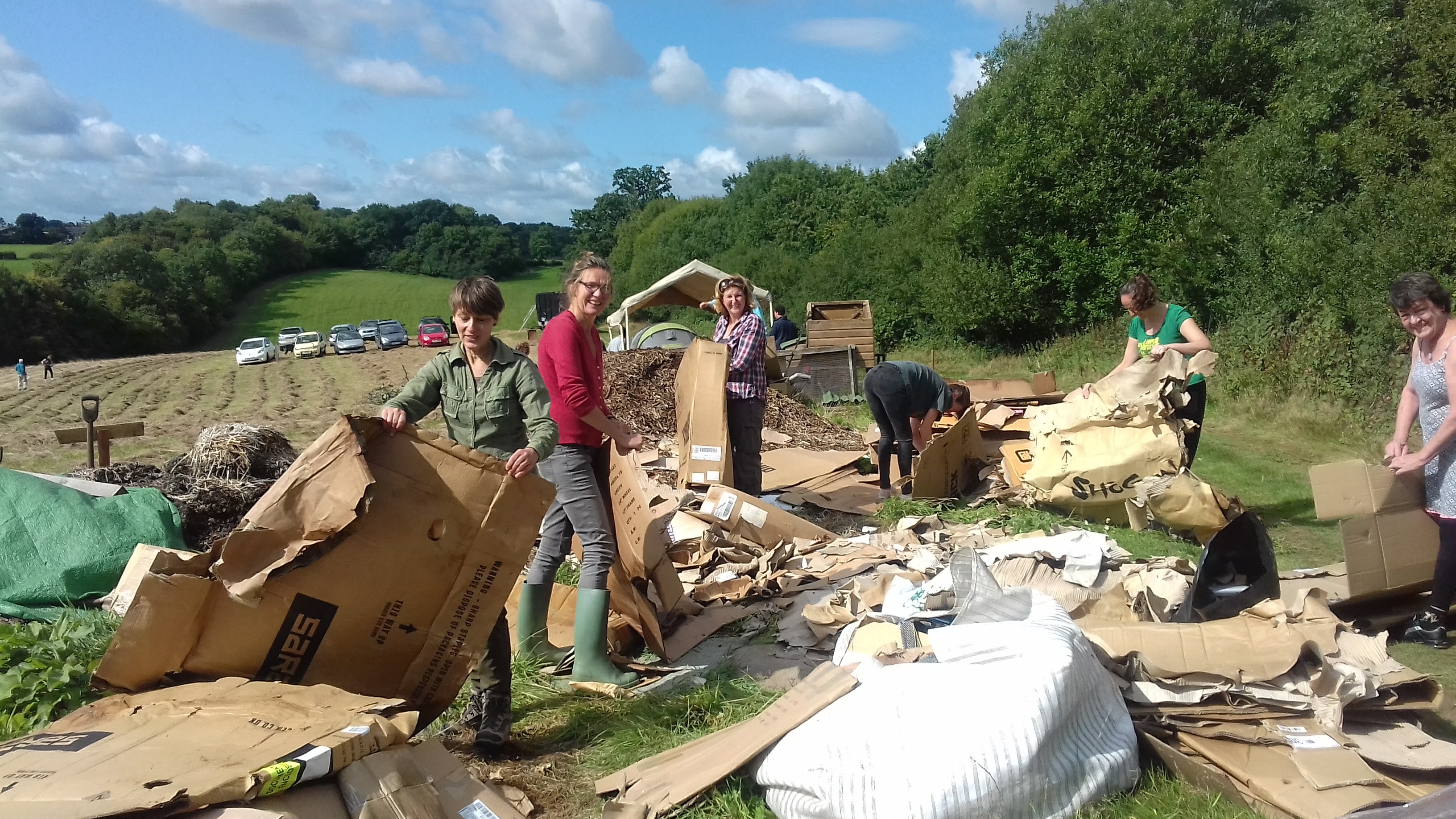 One thing Anna was right about (she was actually right about everything!) but one thing I realized soon was that the average pledge is £50. We set up the pledges to give everyone a chance to pledge from as little as £10 (seeds and a Thank you letter) and up to £500 (Have a garden named after you; Garden 2 will now be known as Brora). So I set a high target because I was hopeful for match funding, and because we need £10k to make it happen. See more on the definition of ‘match’ later. I thought that if we aimed for £5000 then a lovely, well-meaning grant funding body would come along and match it! So really i was going for 100 pledges (100 x £50 =£5000..keep up). Anna said that 5% of people who see your campaign make a pledge. So I figured out that just with our mailing lists and Facebook page, that may be about 60 people. I sent the information to lots of people to send out to their groups. I feel like it doesn’t help the whole generation of people who don’t really use the internet. My Dad kept asking me how he could donate after i had sent him the link 3 times! He got there eventually, thanks Dad!

I’ve heard a few stories now about successful crowdfunding campaigns. The man who raised £10k in a week for a school in India after just sending it out to his friends or the farm who raised £58k to re-wild an area by just raising awareness in the local village. People get very excited about the concept of crowdfunding. Maybe there is an Anarchic feel about it. I’ve come to the conclusion that success is down to being very well connected and having supported your people well over the years or putting a lot of time in, At least 15 hours set up plus 10-12 hours a week raising managing the project and applying for extra funding. Hanna was asking me, do you know any rich people? I guess I do. Our neighbours can afford big houses for example but I don’t think that means we are ok to hit them up for money.

We had a massive boost when HCC pledged their match funding, it was their attention which persuaded me to do this in the first place. Through Projects that matter, we were encouraged to apply for ‘match funding’. I assumed this was what it says in the tin. HCC would  match every pledge. We were awarded it and I shouted loudly from the rooftops. ‘Come all ye supporters, all your pledges will be doubled!’. Then we were fairly surprised when HCC matched only £500 of the £2500 already raised. I was perplexed. But the whole match funding awards criteria is fairly opaque. I think it depend on so many factors, one of which being how close you are to your target. Will you raise it in the time given? There is something about needing to make at least 25% of your target, there is something about the number of individual donors and there is another ‘je ne sais quoi’ I can’t fathom that is whispered on the winds between the grant funds and the crowdfunders and never written down. Its certainly not in the terms and conditions and when I questioned it I was told everything is ‘discretionary’. Nevertheless, we are grateful to HCC. We were then awarded £500 from a company called Brora who has made money for charities through selling masks.  That was a great Christmas present.

Its also hard for me not to connect the campaigns success with my self-worth. I had to impose strict boundaries around checking the page, as during the first weekend, I was checking every half hour!

Well, we had the choice to extend. Now, the new deadline is the 22nd January. We have added more rewards and I am applying to 4 other funds for ‘match’ funding. So watch this space and wish us luck!

I have realised that its all about positivity, in language but originating in your mind. Life is the stories we tell ourselves.

So for now we march on. Do you feel the bite coming?? If you would like to pledge here is your opportunity.https://www.crowdfunder.co.uk/black-grove-greens-community-volunteering

Thank you for this opportunity to expose the inner turmoil of being a crowdfunder when you are a bit insecure and green but have this incongruous ambition and unrealistic expectation coupled with a vocation and inspiration to make the world a better place, one community garden at a time!